You may have already heard About Himalayan Salt in the news, from friends or family, or perhaps you have seen Himalayan Salt items like Himalayan Salt Lamps at restaurants, bars or hotels, or Himalayan Bath Salts and Message Stones at hotels, resorts or spas, and are wondering what the benefits and uses of Himalayan Salt can be.

This informative page contains lots of educational information about Himalayan Salt, including it’s uses in the bath, in healthy, organic cooking, and even as a beneficial lighting element in your home! 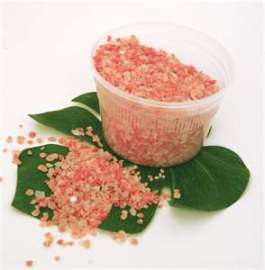 The Purest Form of Salt in the World

Himalayan Pink Salt is hand mined from ancient sea salt deposits located deep within the Himalayan Mountains. Created under intense tectonic pressure, in an environment of zero exposure to toxins and impurities, this salt is free of bleaches, preservatives, and chemical additives. Possessing a high mineral content, this unique salt ranges in color from various shades of pink, and peach, to deep oranges and reds. Porosity (lack of moisture), allows Himalayan Salt to be safely and effectively chilled or heated to extremes, a characteristic of the salt that allows for both the lamp, candle holder and slab or block culinary forms.

Due to it’s therapeutic and nutritional properties, Himalayan Salt is used by holistic professionals around the world in healing, cooking, spa treatments, skin therapy and respiratory system treatments. It has a wide range of uses from stimulating circulation and helping to relieve symptoms of Allergies and Asthma, to treating Acne and other skin conditions such as Psoriasis, and is increasingly used by individuals worldwide in it’s culinary, bath and beauty and crystal lighting forms.

With it’s rich mineral content, Himalayan Pink Salt contains over 84 minerals and trace elements that also naturally occur in the ocean as well as in our bodies. It can balance the body’s PH levels, increase circulation, eliminate toxins and balance electrolytes, and can also aid in relief of pain from Arthritis, symptoms of Psoriasis, skin irritations and many other common ailments. However, it should be noted that it is still salt; high consumption of any type of salt will result in numerous negative health effects. As with all things in life one should always adhere to this advice: All Things In Moderation! 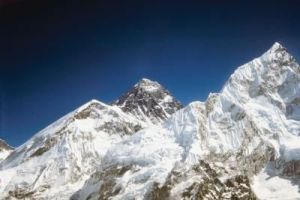 The History of Himalayan Salt

This extraordinary salt has been hand mined from salt mines in the Himalayan mountains for centuries and was traditionally used by the peoples of Himalaya to preserve their meat supplies, such as fish, for the year, making it an integral part of Himalayan culture. They also laboriously hauled this preserved meat down to the Napalese valleys, using Yaks as transportation, to trade for other commodities important for survival.

There are no known precations for the use of Himalayan Sea Salt, other than the before mentioned fact that it is still, after all, a form of salt, which can cause health complications if highly consumed.

Clinical studies have now shown that breathing Himalayan Salt air can help to stimulate the respiratory system’s natural ability to reduce inflammation, clear blockages, fight infection and reduce discomfort. Breathing salt air, whether it be the salty sea air experienced near coastal areas, obtained by entering a Therapeutic Salt Cave or produced by Salt Air Inhalers or salt lamps, is reputed to benefit the respiratory system and aid in reducing symptoms of Allergies and Asthma. The New England Journal of Medicine has stated that various forms of salt therapy treatment are effective as an additional therapy for cystic fibrosis patients. 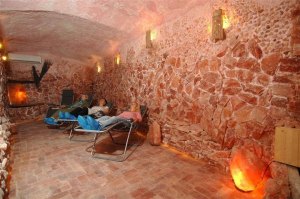 Salt caves are constructed from several tons of Himalayan Salt blocks which are usually heated by lighting placed within the walls. The heating of the salt causes the air in the cave to be infused with a dry aerosol of tiny pharmaceutical grade salt particles. Salt Cave treatment is widely used in Eastern Europe and Russia and has been a well known natural therapy for nearly 200 years. In these parts of the world, people with chronic breathing disorders often spend two to three hours per day in salt cave grottos.

For those who are unable to visit a salt cave, these same Himalayan Salt crystals have been fashioned into lamps and candle holders for use by individuals in their homes, allowing you to experience similar effects of visiting a salt therapy cave right in the comfort of your own home!  More Information About the Benefits & Uses of Himalayan Salt Lamps & Candle Holders>

Saline solutions have also been noted for ages for their ability to help with sinus conditions from runny noses to infections. Dry saline generators are certified as medical devices in European countries, and are in use throughout Europe. Their use is increasing in North America with the escalating public interest in health.

Breathing an aerosol of hypertonic salt water (3-7% NaCl) has been found effective as a treatment for the heavy build up of mucus typical of cystic fibrosis. The benefits of this were first noticed by sufferers who regularly surfed in Australia and so were exposed to the natural aerosol of the salt spray. Information About Himalayan Salt Air Inhalers>

The use of saline solution delivered by a nebulizer to treat bronchiolitis in children has also been systematically reviewed. The conclusion was that, “Current evidence suggests nebulized 3% saline may significantly reduce the length of hospital stay and improve the clinical severity score in infants with acute viral bronchiolitis.” 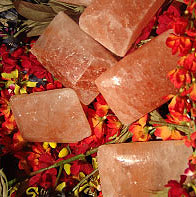 Sea Salts have been well known for centuries to relax sore, tired muscles and smooth and soften skin, while relaxing the mind and body. The History of Salt/Mineral Baths used for Health Benefits is extensive.

The benefits of a Himalayan Salt Stone Message include deep relaxation and improved sleep quality, helping to relax the body as it gently draws toxins from the skin and  soothes tense, sore muscles. More Information About Salt Stone Message>

Hydrotherapy or Hydro-thermal Therapy is a traditional method of healing, used for centuries by many ancient cultures in the treatment of disease and injury. Therapeutic baths were considered a standard healthy treatment for the body & it’s common ailments in ancient Rome, China, and Japan. Ancient Greeks took therapeutic baths on a regular basis or whenever possible. Therapeutic baths, using natural salts or geothermal mineral water are also documented in America, where Native Americans strongly revered certain areas with geothermal activity, such as the Yampah Vapor Caves & Mineral Hot Springs in Glenwood Springs, Colorado, as a wonderful healing source.

During a Himalayan Salt Bath, or “Sole Bath”, toxins stored in the body are released into the bath water through osmosis, while the minerals contained in the salt are absorbed through the skin, reducing the acidity in the body and balancing the pH factor of the skin. This process leaves skin feeling fresh, clean and rejuvenated and may also help reduce Acne and other common ailments of the skin, such as Psoriasis.

The addition of organic, natural herbs such as spearmint, Lavender, Peach Herbal Tea, etc., enhances the salt bath with the herb’s own unique healing or relaxing qualities as well as a fragrant herbal scent. More Information About Himalayan Herbal Tranquility Salts> 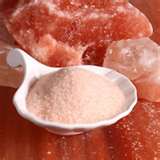 Sea Salts are well known for their subtle salt flavor and rich mineral content; where Himalayan Pink Sea Salt is known for these qualities as well, it is also known to be a purer form of salt, possibly the purest sea salt on earth, as it has not been exposed to environmental toxins.

Himalayan Culinary Salts include Salt Trays, Blocks and Grills, upon which food may be cooked, as well as the traditional ground salt form. This spectacular salt is also fashioned into plates, bowls, glasses and even Sushi Blocks, which gives the added benefit of enhancing food presentation as well as flavor. Lack of moisture allows Himalayan Salt to be safely chilled or heated to extremes for these culinary uses; yet another reason for the fast growing popularity of Himalayan Salt in the culinary world.